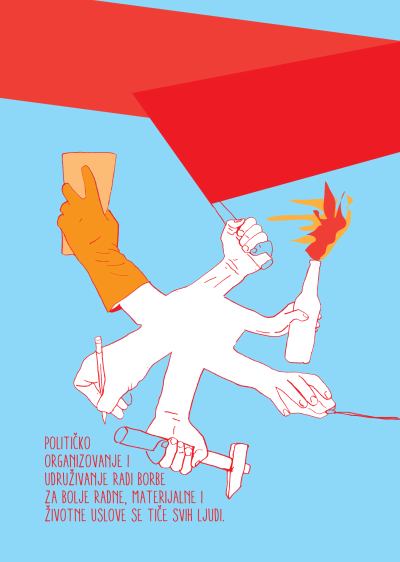 Wall newspapers were launched in November 2013 within the campaign “Culture in Protest” of Association Independent Cultural Scene of Serbia. Wall newspapers are visual-informative project, which is easy to multiply and divide, and display on the walls of local cultural institutions, organizations of the independent scene and other public spaces, reaching out to a wider audience and the public, conveys information about current events and starts reflection about them. Through illustrations and short texts, Wall Newspapers deal with the pressing issues in our everyday lives, but also those from the past that need to be revived, mostly on the working position of artists and workers in the cultural sector as well as the material conditions in which they live.

Precarious work: What we know about the working position of artists?

The first number of Wall Newspapers entitled Precarious Work: What we know about the working position of artists? brings critical explanations of concepts such as precariousness, flexiblisation, exploitation, etc., and those terms with which the field of art and culture is increasingly encountered. 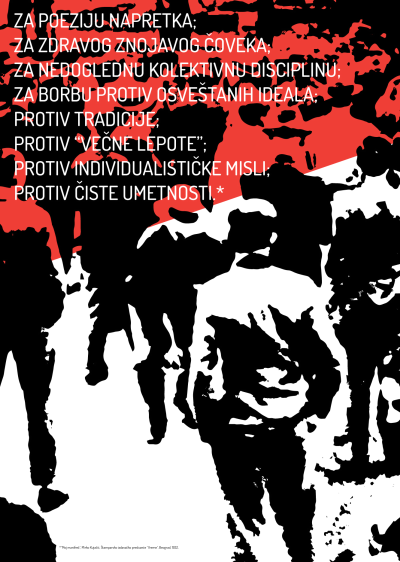 Joining and struggle: What do we know about the material situation of artists?

In the second issue Joining and struggle: What do we know about the material situation of artists? are texts about the financial status of artists who lived and worked in the thirties of the twentieth century, the methods of struggle and of association, their effects and consequences for the next generations, then about the modern labor and financial status of the artist, as well as issues of obtaining the materials and means for work, whether and how they organize and what are their demands.