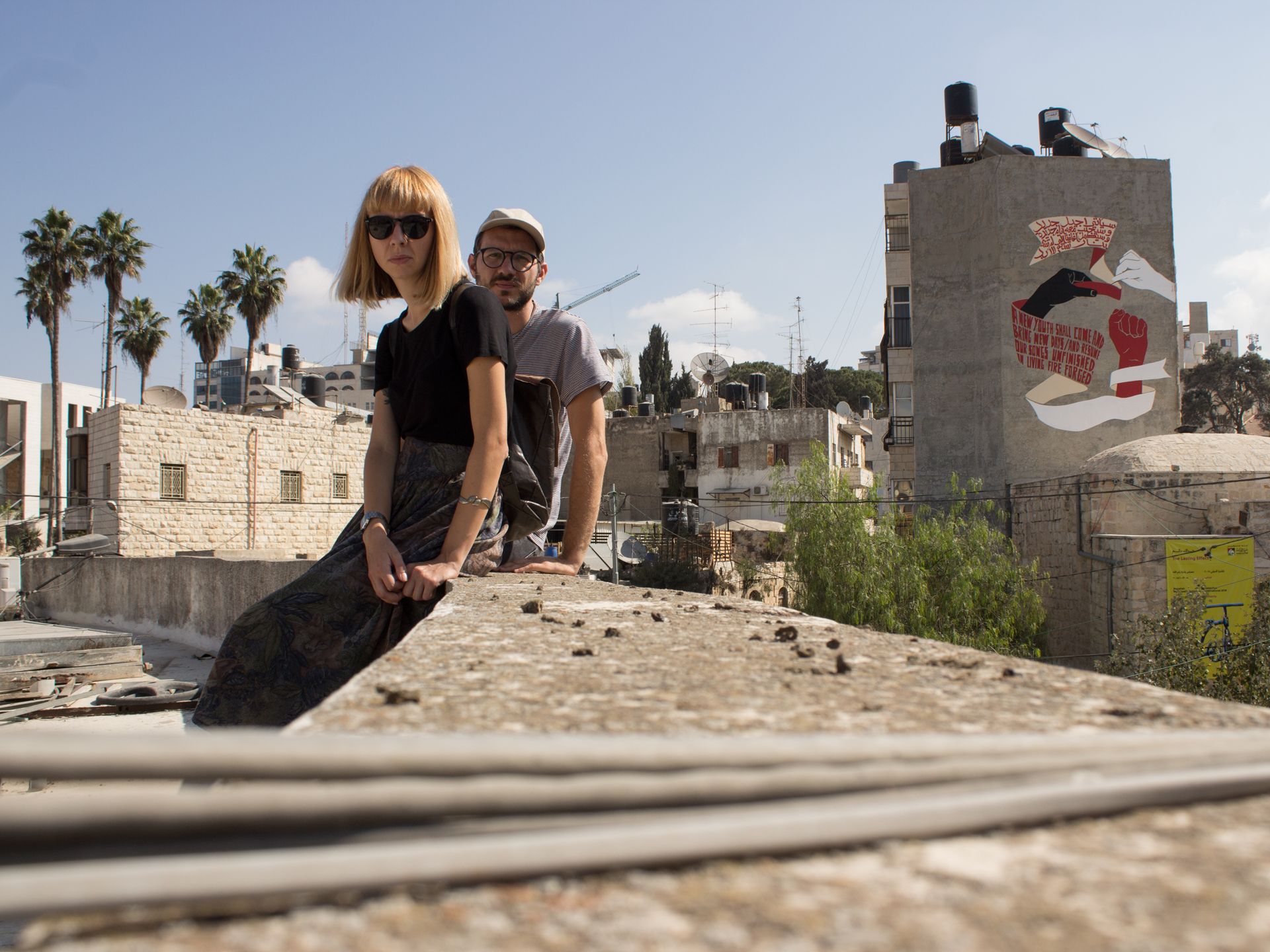 What Do We Know About Solidarity? – (Im)Possible examples from the past is an artwork within The Lasting Effect exhibition in Ramallah.1 Exhibition is part of Qalandiya International Biennale in Palestine. The work is comprised of a mural in the historical part of Ramallah and Wall Newspaper.

About work What Do We Know About Solidarity? – (Im)Possible examples from the past

This work is an intervention in public space composed of fragments from historical examples of solidary actions. Our starting point was Benjamin’s second thesis On the Concept of History: “To articulate what is past does not mean to recognize ’how it really was’. It means to take control of a memory, as it flashes in a moment of danger.”

Today we are witnessing frequent calls to solidarity. Has solidarity become a phrase and (or) a symbolic act of the public? We don’t have an answer to this question. We want to point out some historical examples of solidarity, to learn and to open up (or create) a space for thinking about the possibility of solidary acts today.

The mural is composed of revolutionary struggle symbols that are connected with Palestinian and Yugoslav heritage. Our idea was to show the possibility of solidary social struggle, that should overcome racial, national, religious, gender and sexual divisions. Firstly, we see three hands, two of which are embroidering verses on the textile and one that represents a resistance fist. Traditional embroidery is an important symbol of struggle and resistance in Palestine, especially during the Israeli occupation. The embroidery represents a motif that is connecting hands – otherwise separated by the composition – using the textile (the flag) with embroidered verses in English and Arabic. Verses come from „Dead Proletarians’ Song“ by Branko Ćopić. The text in Arabic was designed and written by Mohammad Omar.

Wall Newspapers that were produced for this exhibition were conceived as a short guide to three, for us, important acts (attempts) of solidarity: participation of Yugoslavs in International Brigades during the Spanish Civil War, refugee camp in El Shatt, and a protest in Belgrade after the assassination of Patrice Lumumba.

This year’s edition of the biennale gathers few dozen of Palestinian and international artists gathered under the same topic of „Solidarity“. KURS’ intervention was implemented as a part of The Lasting Effect exhibition that was also the last part of the Mamarat (Paths) residency, organized by Ramallah municipality. The exhibition was curated by Reem Fada. Other artists that participated in the exhibition, beside the KURS, were: Khalil Rabah, Jawad Malhi, Sandi Hilal, MTL Collective, Jasmina Wojcik, Daniel Toca, Jose Luis Benavides, Joanna Rajkowska.

1Ramallah is located in the West Bank, 10km from Jerusalem and today it represent administrative capital of the territory under the control of Palestinian National Authority. Most of the West Bank is under the Israeli occupation.