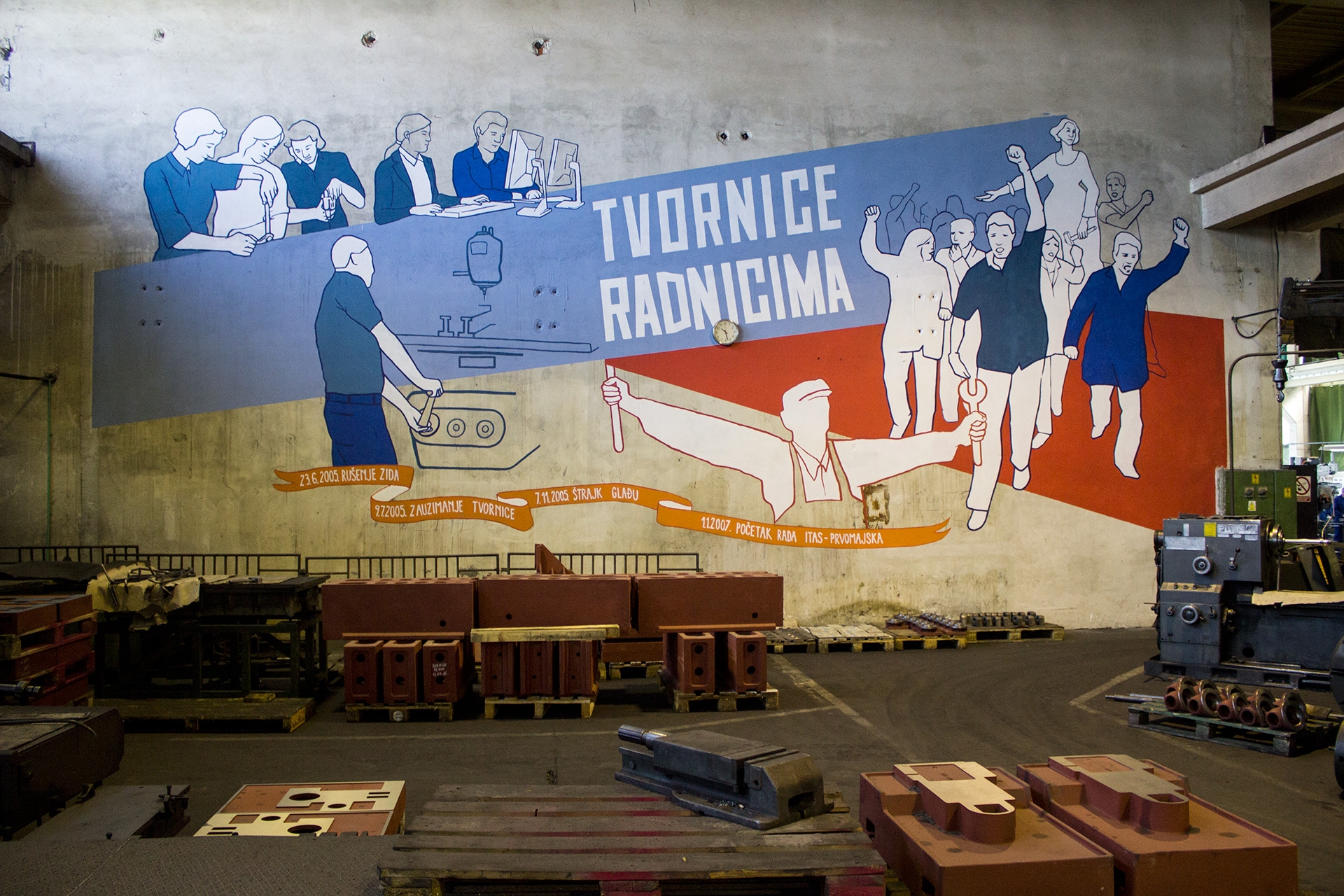 BLOK curators’ collective from Zagreb, invited KURS to take part in Urban Festival 13.
Within the festival, KURS painted the mural in the factory ITAS-Prvomajska

By painting a mural at ITAS Prvomajska factory in Ivanec, we primarily wanted to support the workers’ organization and struggle, which resists the logic of the market and the interests of gross capital. The aim has been to use our labour in order to join the workers’ struggle and to contribute to its development and empowerment. The intervention contradicts the today’s view of mural painting as a tool of aestheticization and decoration; it does not romanticize the struggle of ITAS’ workers, but becomes its integral part. The decision on positioning the mural within the factory resulted from our wish to address the workers by offering them something that places the workers’ collective and the workers’ self-management into the fore.

It is supposed to send a clear message to all the visitors to the factory: “ITAS is its workers.” In order to describe how we see our position as artists, we will paraphrase Walter Benjamin: our task is to fight rather than to decorate; it is to become actively involved rather than to be mere observers. In a broader sense, the mural in ITAS’ factory represents the inevitability of struggle in developing the progressive models of management through workers’ collectives. That struggle does not take place in factories alone: it must spill over to other spheres of the society, to the fields of art and culture, and cannot build up a sustainable materials base without the industrial production and without reflecting on the new models of labour. 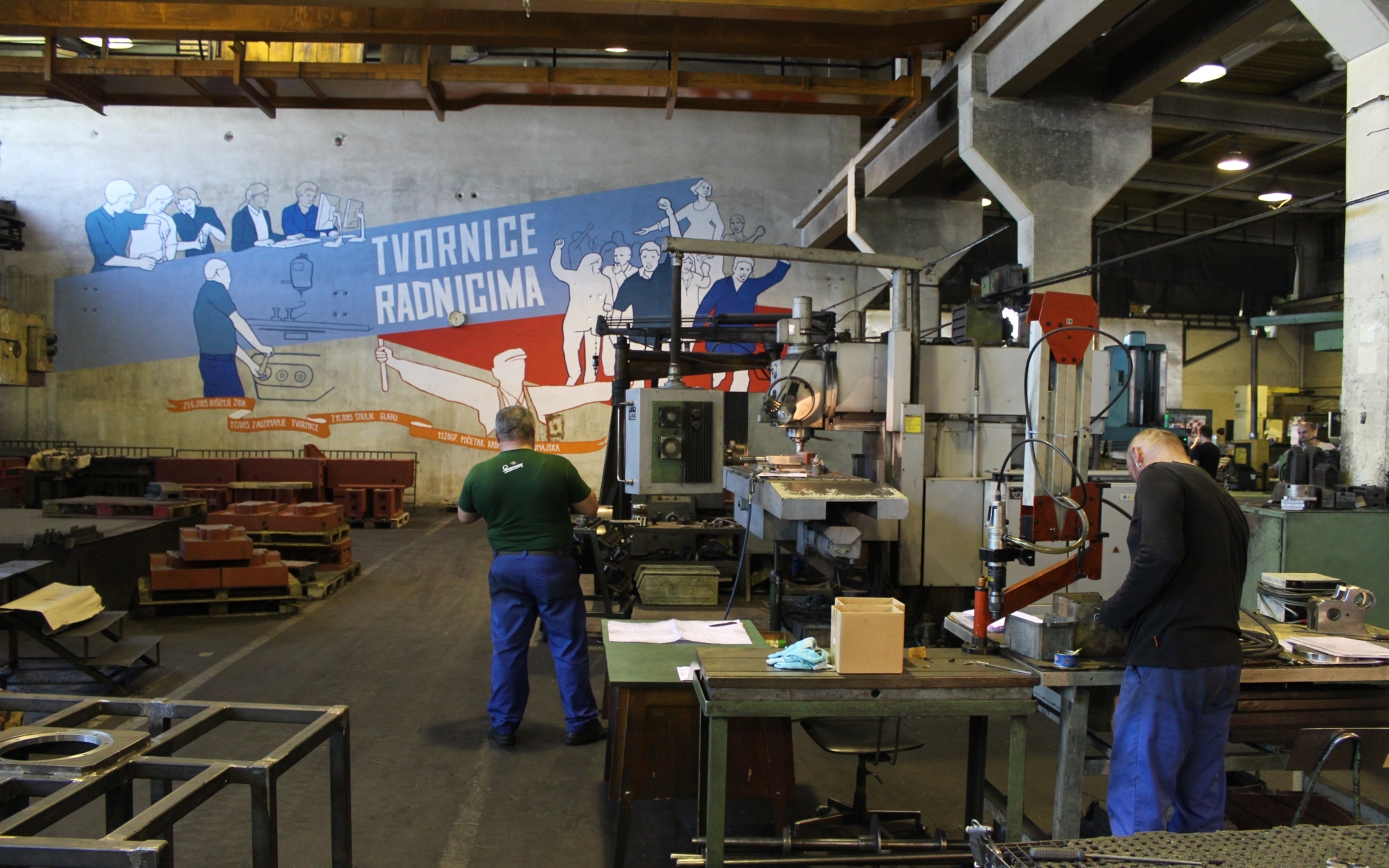 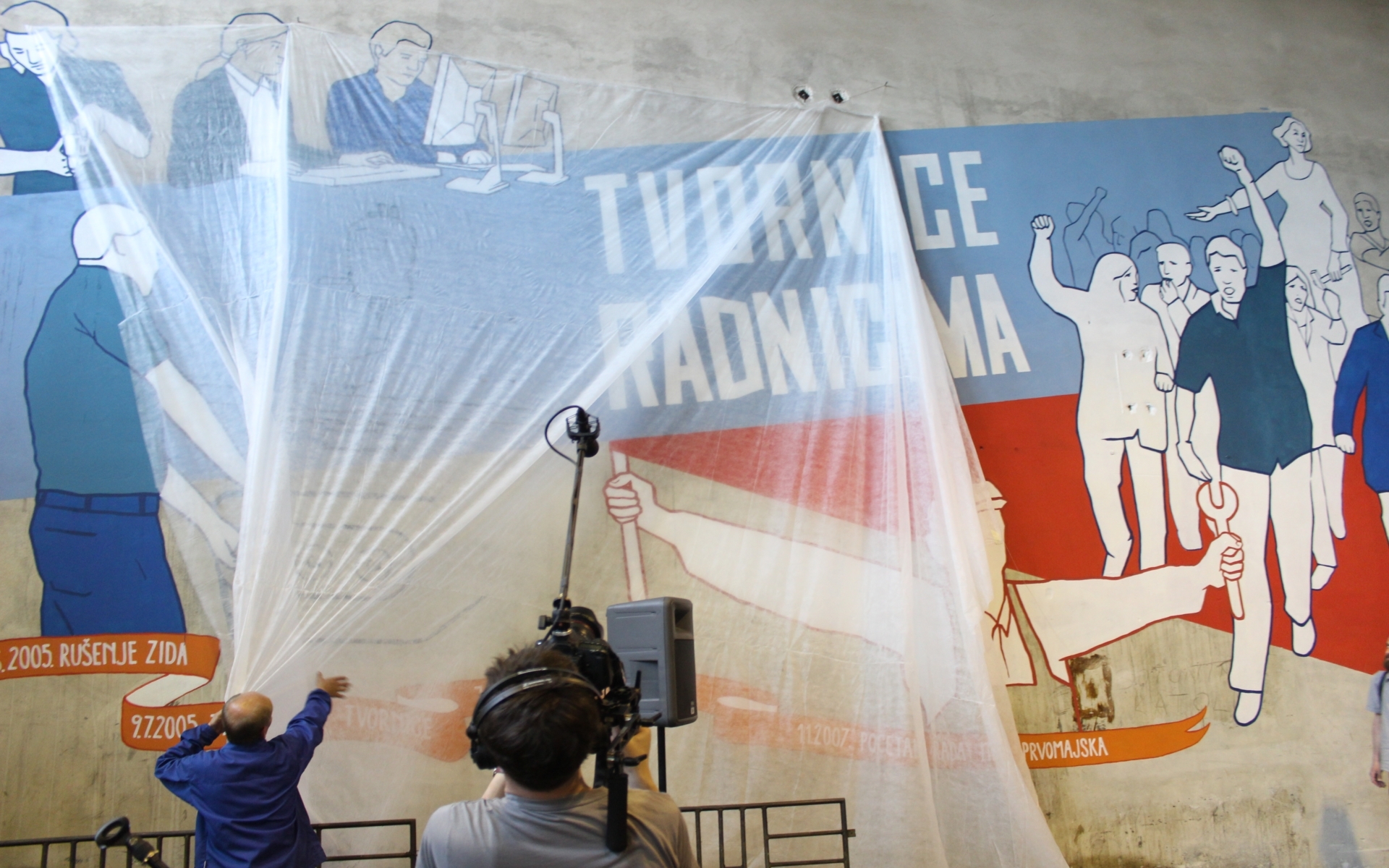 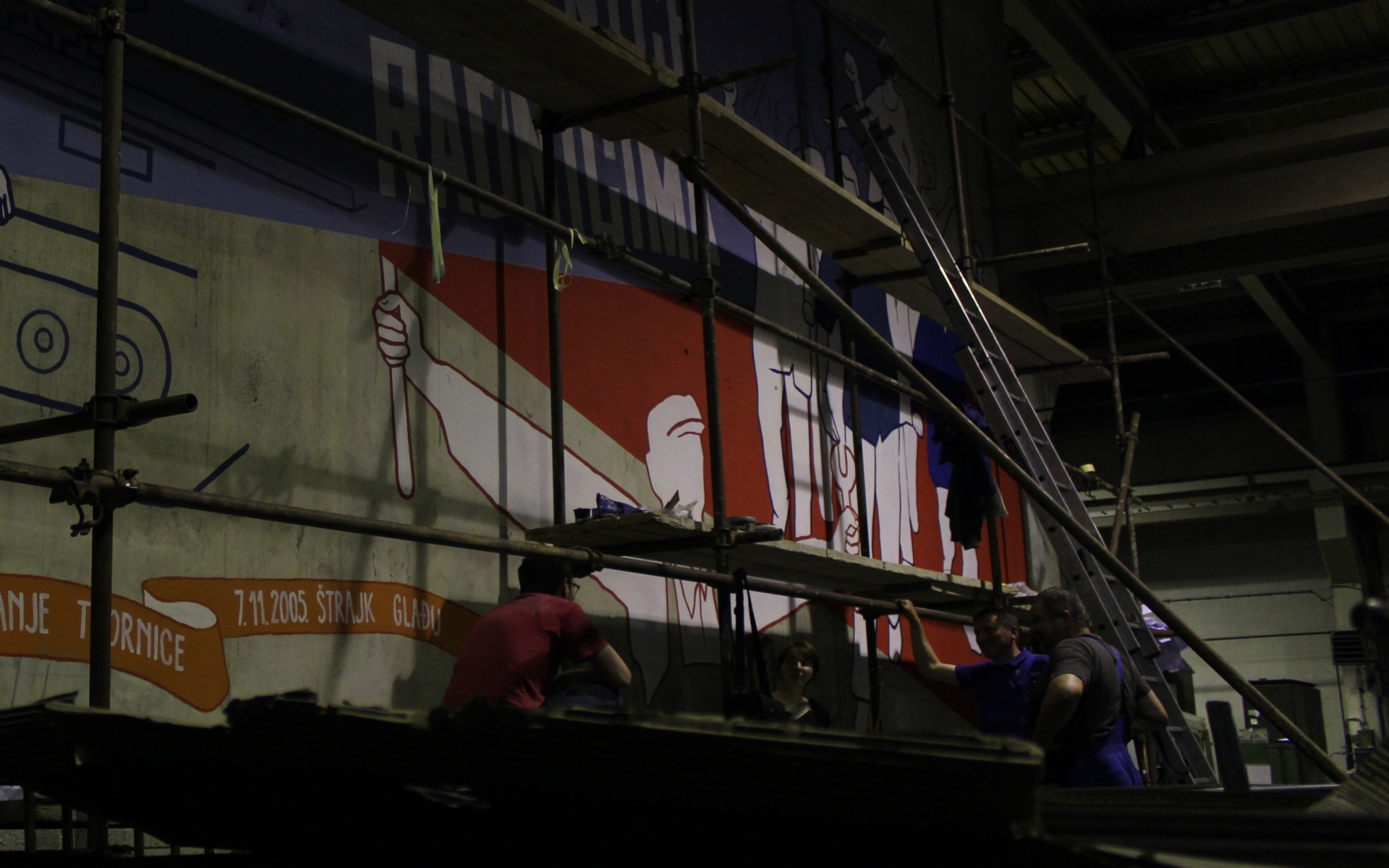 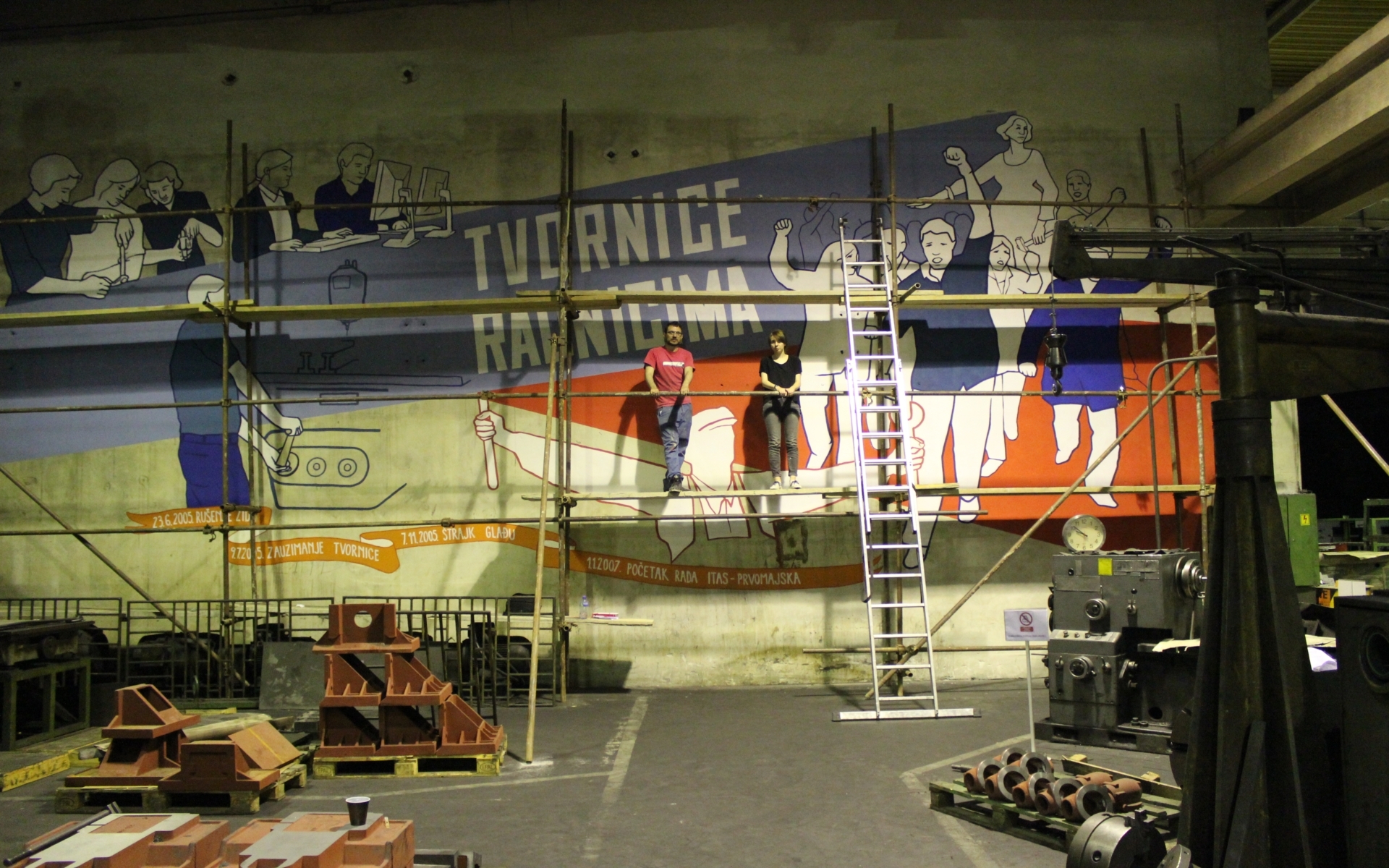 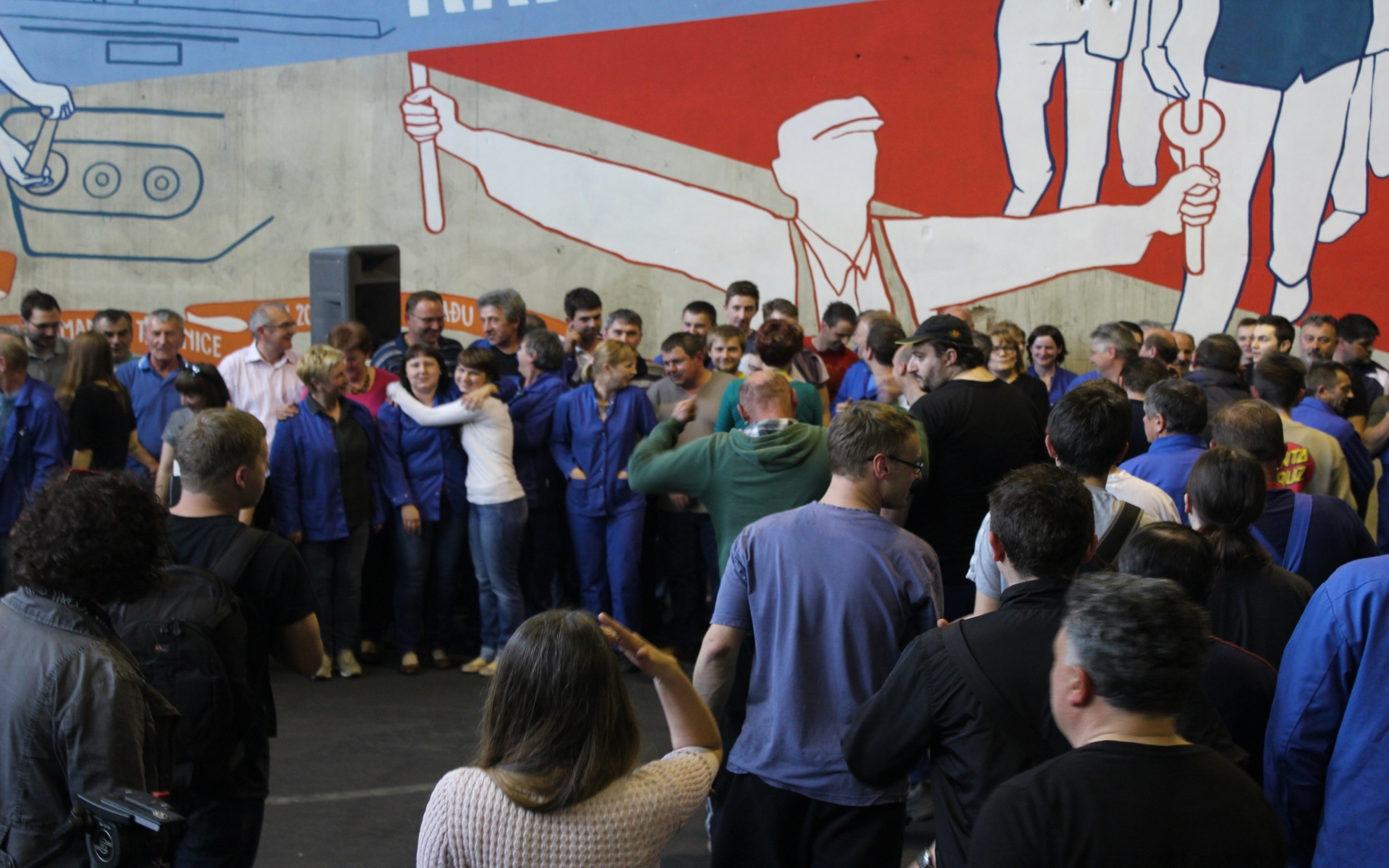 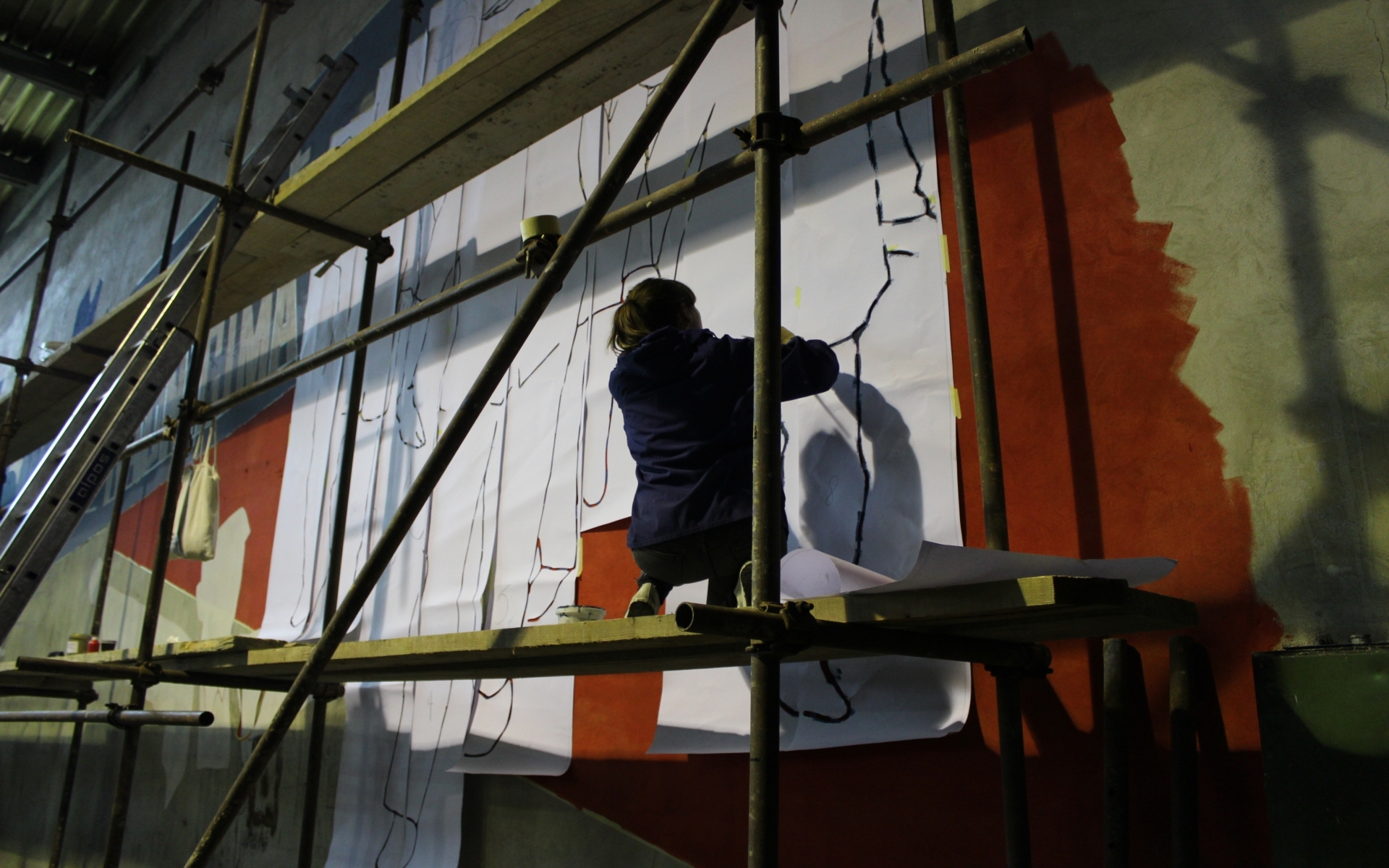 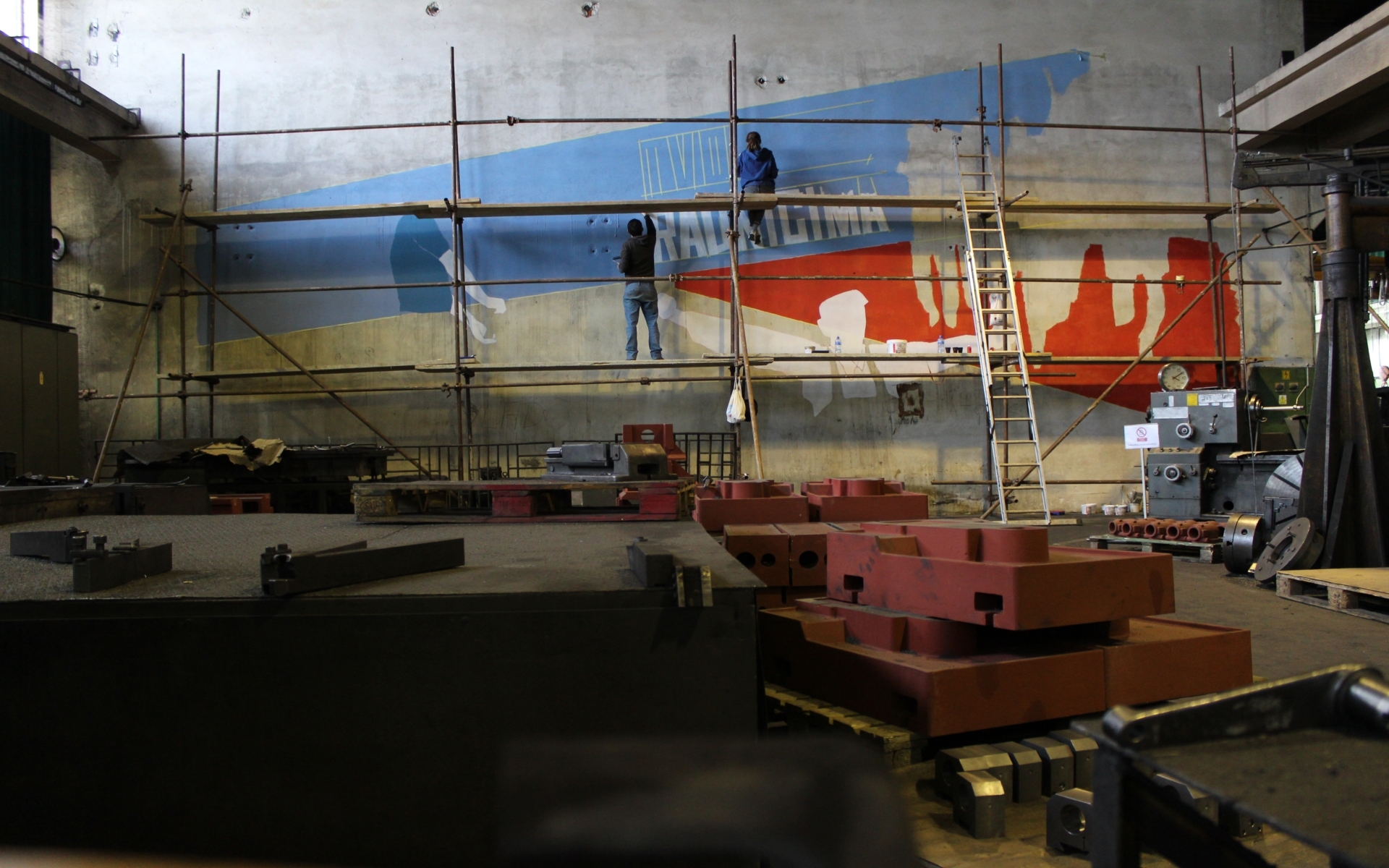 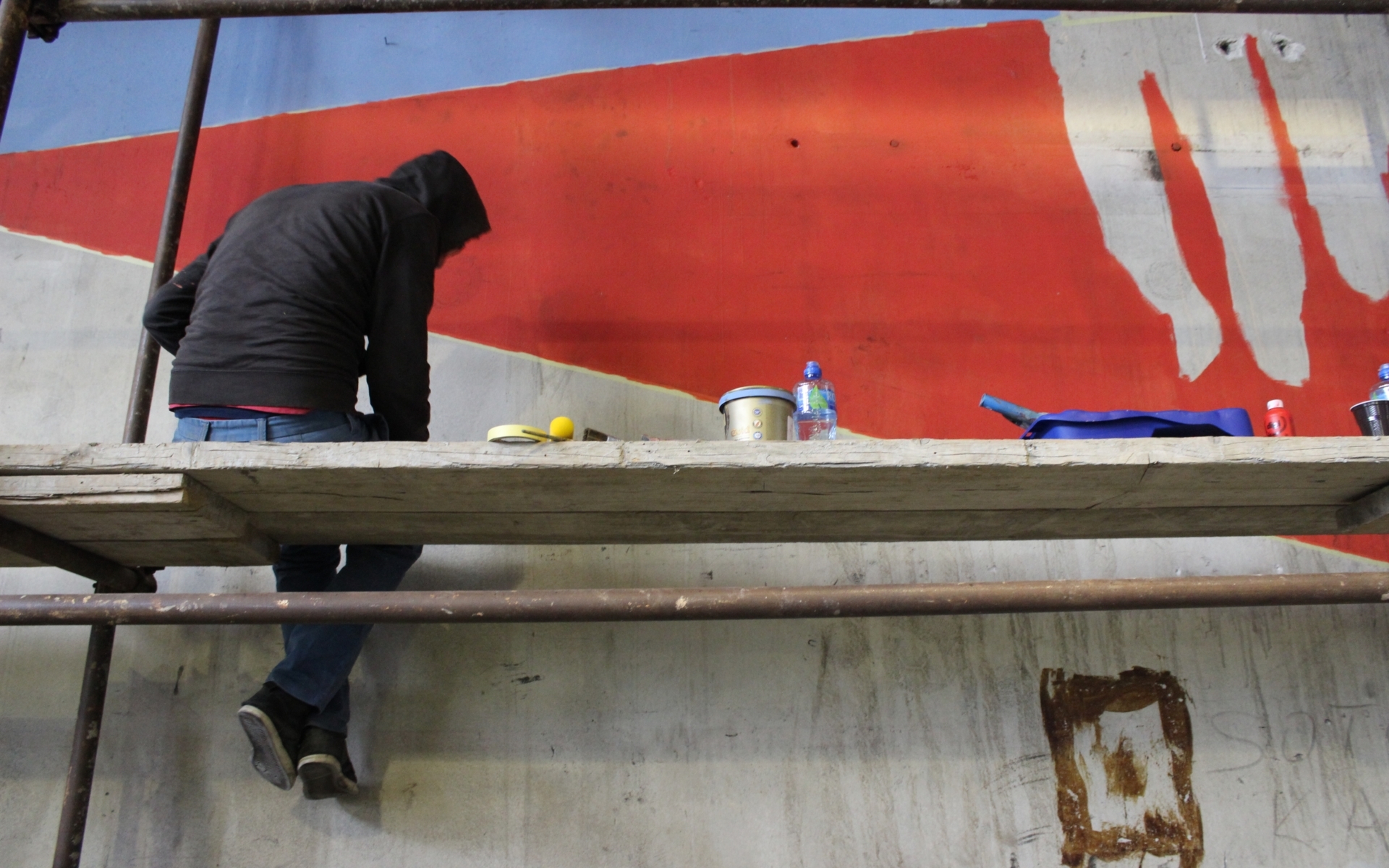 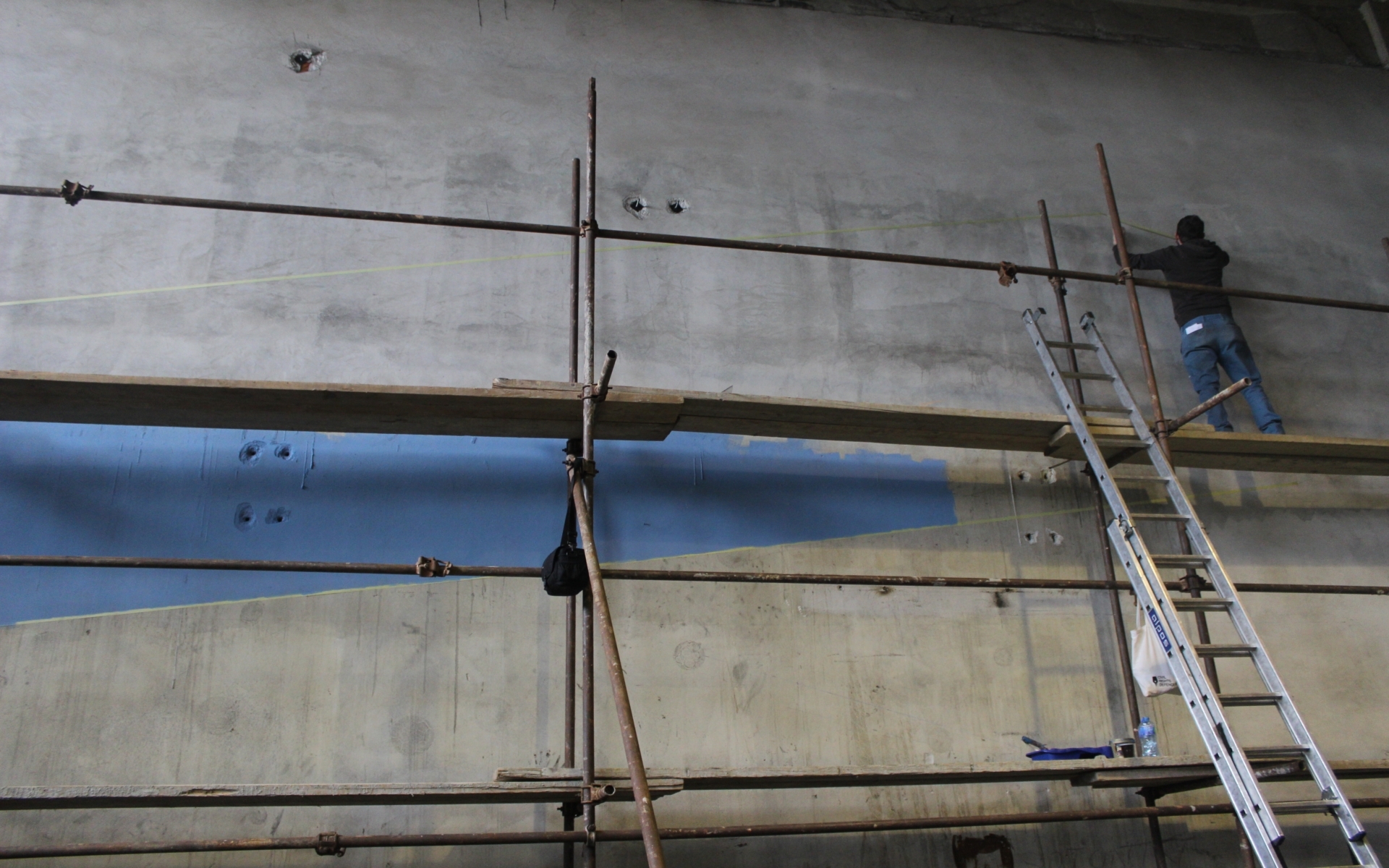 Video about the mural made by Srđan Kovačević in BLOK production: