The work* consists of a song “The Great Humanity” of the famous Turkish poet Nazim Hikmet, and illustrations of peoples collective dance. Nazim Hikmet was convicted and expelled from Turkey as a communist. He was rehabilitated in 2009, 46 years after his death.

Although the work is composed of two generally accepted elements, putting them into a juxtaposition in a public space causes different readings by the observer. Extraction of Nazim’s poetry from the book and putting it into a public space, his words become a message that is confronted with the ruling narratives (national, bourgeois, capitalist), and peoples dance becomes more than just dance, it is a collective act of community in which everyone has to rely on another, a movement in which everyone is equal. Poetry in combination with the drawing gets a new form that invites the viewers to stop and read the song in not so common environment. 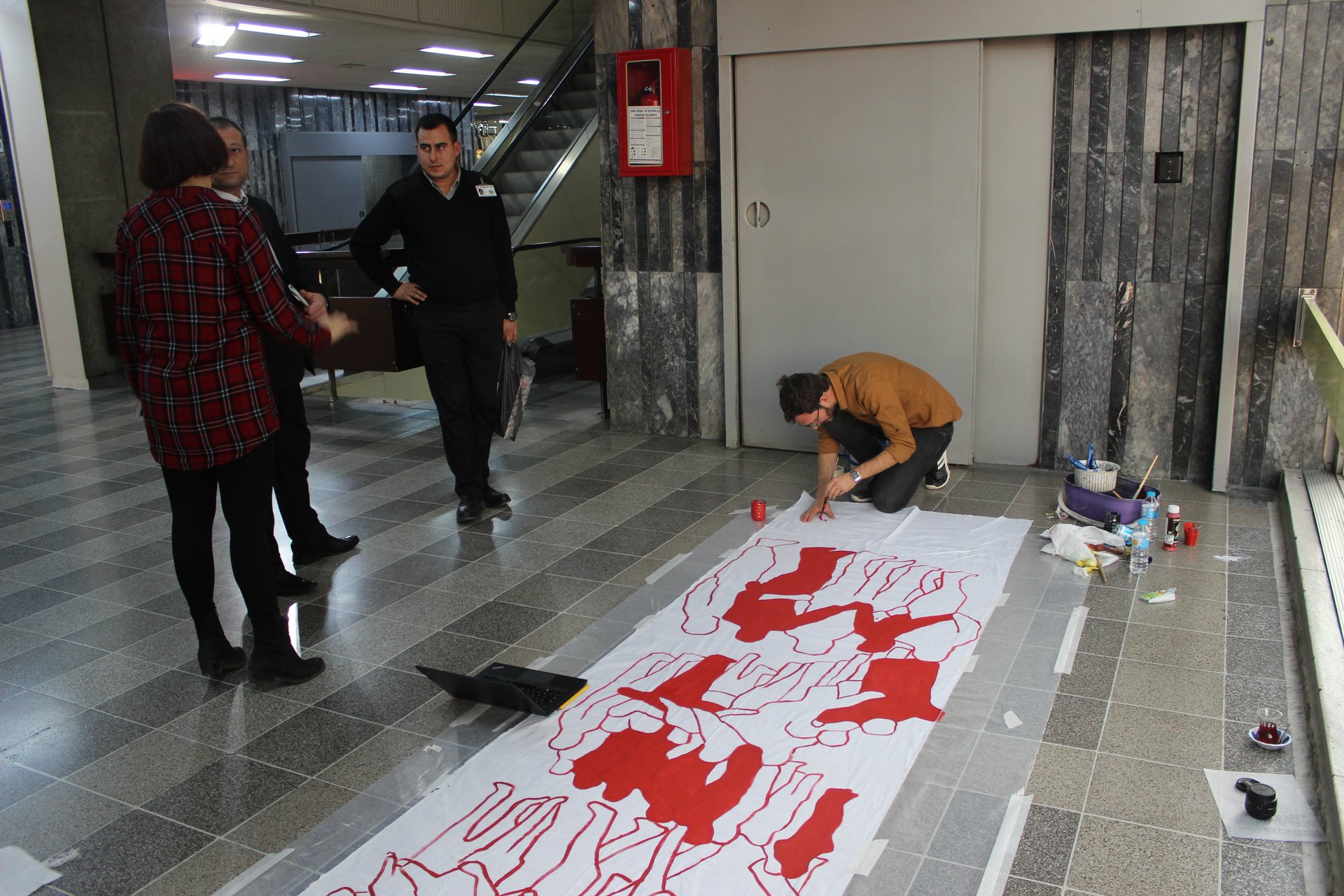 KURS is using extensively combination of poetry and illustration in art practice, believing that this way there is a mutual completing of these two forms of art. On the one hand, the illustration attracts the visual attention of the observer and awakens his curiosity to read the verses; on the other hand, verses provide a more clear message that can obscure the observer with the need to reflect on the content of the artwork and his message.

This work is done within the project Persona Non Grata organised by AsiKeçi in October 2017.

*The intervention stay in the shopping center for only few hours after it was set up and few hours during KURS presentation on the last day of the project due to the reactions of some shop owners from the center who considered it too provocative to be in the space.

The great humanity is the deck-passenger on the ship

third class on the train

on foot on the causeway

The great humanity goes to work at eight

There is enough bread for all except the great humanity

it is the same for rice

there is enough for all except the great humanity.

The great humanity has no shade on his soil

no lamp on his road

no glass on his window

but the great humanity has hope

you can’t live without hope.